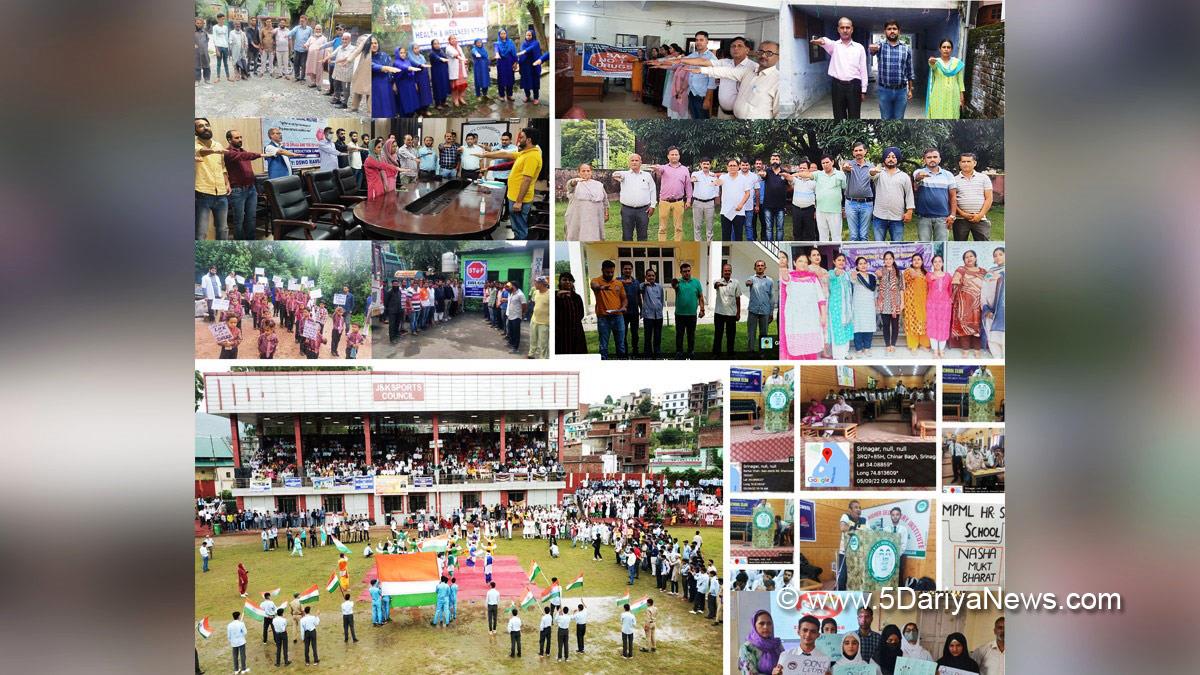 Nasha Mukt Bharat Abhiyan has turned into a mass movement in the districts of Jammu division amid the intensive anti-drug campaign launched by the administration through different mediums. people about the challenges posed by the threat.

In Kathua, as part of Nasha Mukt Bharat Abhiyan, an intensive sensitization campaign and mass commitment ceremonies are held throughout the Kathua district. To raise awareness among the masses, the Kathua District Information Center launched a special social media campaign by making messages through infographics and audio video means.

Meanwhile, awareness programs and other activities continued throughout the district, during which relevant departments and educational institutions held numerous activities, including interactive sessions and debates to highlight the need to discourage the growing abuse of drugs in society.

Young people were urged to participate in meaningful activities like sports and to choose life and not drugs. District Social Welfare Officer Wakeel Ahmed Bhatt stressed at the event the need for efforts spouses to prevent school and college students from using drugs and becoming dependent on them.

He asked headteachers and teachers to immediately raise the matter with parents in case they notice anything suspicious or there is a change in the student’s behavior. “The government has taken a series of measures to combat this threat, but the cooperation of society is essential to curb the threat,” he added.

The DSWO stressed the importance and positive effects of awareness campaigns on young people. He called on school authorities to carry out such campaigns regularly and to ensure that a lecture on substance use is a regular feature of morning assembly. A pledge to make the district drug-free was also administered to attendees at the event.

In RAMBAN, the Ramban district administration organized a series of sensitization rallies and pledge ceremonies to promote the anti-drug campaign. The Additional Deputy Commissioner, Ramban Harbans Lal Sharma, administered the recognizance to officers at the Ramban District Administration Complex.

Meanwhile, the Drug and Food Control Organization, Ramban, in conjunction with the Ramban District Information Center, conducted an awareness program for chemists and the general public at the main Ramban market. During the sensitization program, Drug Control Officer, Ramban, Imtiyaz Ahmed administered the Pledge of Chemists and urged them to play their part in the fight against the abuse of narcotics and psychotropic drugs. On occasion, posters were posted on medical stores to alert the general public to the ill effects of drug addiction.

CM launches the second phase of the anti-drug campaign