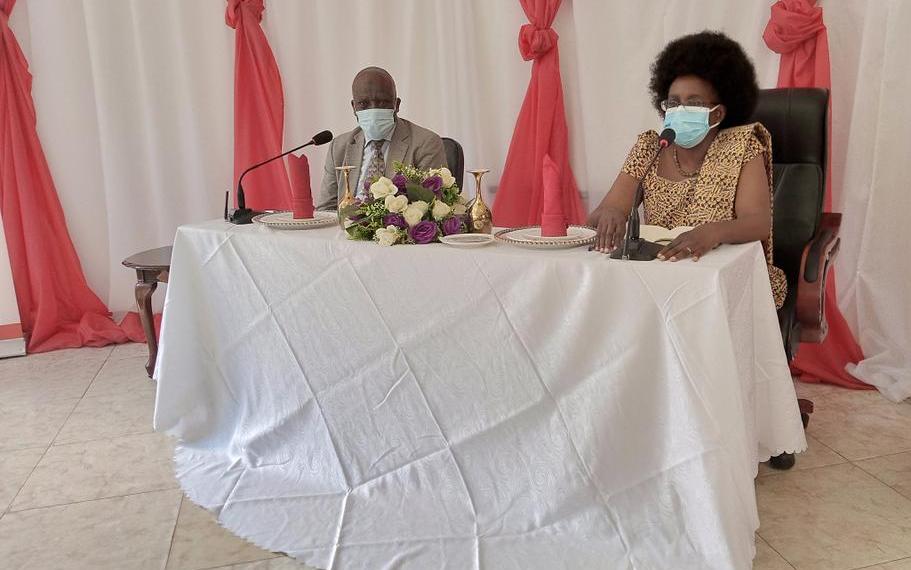 Dr Monica Musenero, Minister of Science, Technology and Innovation (MoSTI), assured scientists, innovators and drug developers that the government was ready to fund drug development in the country.

Dr Musenero said that because drug development is expensive, scientists need to know that the government is committed to funding creativity,

â€œIn addition, we have many investors who are ready to provide funds, so our scientists should think more and start the drug development process. I am sure that the funding will not fail, â€insisted the Minister.

Dr Musenero made the remarks during the virtual public dialogue on drug development organized by MoSTI in partnership with the Islamic University of Uganda (IUIU) on Friday.

The development comes as COVID-19 variants continue to sweep the country like wildfire.

At least four people succumbed to COVID-19 on Wednesday in Uganda as the Omicron variant sweeps the country like wildfire.

This is in addition to the two COVID-19 patients who died on December 27.

The heavy impact of the COVID-19 pandemic on the country’s economy underscores the need to invest more in drug manufacturing to counter health risks in the future.

Hassan Danesi, senior medical director of Global Drug Development, said drug development is possible in Africa as long as there is the will of scientists and governments.

Drug development, he said, has four main stages, but the main funding is between stages one and four, which consume between $ 700 million and $ 1.5 billion.

â€œThe first step involves discovery and development. The search for a new drug begins in the laboratory. The second step is preclinical research where the drugs are put through laboratory and animal testing to answer basic safety questions, â€he said.

â€œThe third step of clinical research involves the drugs being tested on people to make sure they are safe and effective and finally the fourth step which includes the agency review, where teams take a deep look at all submitted data related to the drug and decide whether or not to approve the new drug, â€he added.

â€œYou can integrate drug development into the curriculum. Human beings find challenges in dealing with things they don’t understand. So awareness and education will make it easier, â€he said.

Dr Musenero said the government has further developed a supporting infrastructure to enable scientists to innovate, create and think.

â€œWe have been told that only 5% of the 100 drugs in development go to the last stage, but even if there is only one, it is enough for us to focus. We have seen companies develop a single drug, but their annual turnover triples national budgets, â€she observed.