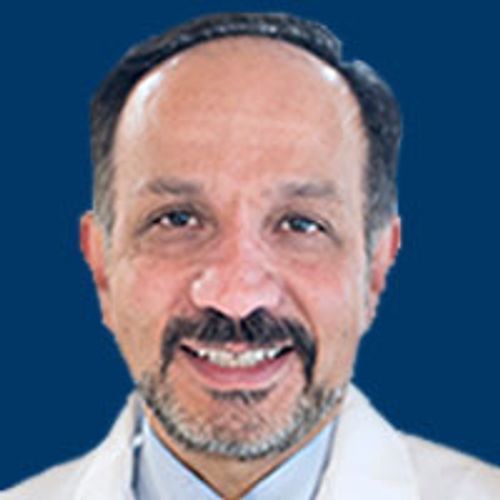 With two highly selective and active RET inhibitors approved for use in patients with metastatic non-small cell lung cancer with impaired RET, the dilemma is not determining which agent to select, but ensuring that next-generation sequencing is performed in advance and in the presence of acquired resistance.

With two highly selective and active RET inhibitors approved for use in patients with metastases RET positive-stage non-small cell lung cancer (NSCLC), the dilemma is not which agent to select, but ensuring that next-generation sequencing (NGS) is performed in advance and in the presence of an acquired resistance, according to Hossein Borghaei, MS , FAIS.

“In the treatment-naïve patient population, these drugs work best, so my preference is to use targeted therapy first instead of chemotherapy if I find someone with a RET alteration,” said Borghaei, Professor and Chief of Thoracic Oncology and Gloria Edmund M. Dunn Chair in Thoracic Oncology, Fox Chase Cancer Center, in a presentation given at the 23rd Annual International Congress on Lung Cancer®.1

Pralsetinib’s entry into the clinical arena resulted from the ARROW trial, which enrolled patients at least 18 years of age who had advanced or metastatic symptoms, RET– altered solid tumours. Within the RET NSCLC fusion–positive cohort, patients received pralsetinib at a dose of 400 mg once daily.

“Like many other phase 1/2 studies, the main objective of [ARROW] was to look at the response rate,” Borghaei noted.

The LIBRETTO-001 trial recruited a similar population of patients with RET– altered solid tumors, but the only difference was that selpercatinib was given twice a day, Borghaei noted. The primary analysis of patients with RET The fusion-positive NSCLC included the first 105 patients who received platinum-based chemotherapy, in whom the agent caused an ORR of 68% (95% CI, 58% to 76%).5

With respect to TRAEs, Borghaei noted that some hypertension is reported with the agent, although mostly grade 1 and 2, as well as peripheral edema, although this toxicity is not observed from significantly.

“We don’t have as much information on resistance to RET inhibitors, but we do get information from multiple analyzes that were done in patients who developed disease progression on these agents,” said Borghaei.

For example, analysis of circulating tumor DNA from the ARROW trial demonstrated that targeted resistance is rare, occurring in only about 10% of patients. The analysis also revealed that other bypass signaling pathways, including MEET amplification and BRAF V600E mutations may be more common.6

However, Borghaei pointed out that to better understand the resistance mechanisms, serial NGS will be a necessity.

“In the majority of these cases, we don’t know what the resistance mechanism is,” Borghaei said. “In a world where we struggle to get the first biopsies and molecular tests [doen for] most of our patients at the time of initial diagnosis, how will we identify these rarer alterations in those undergoing treatment and needing repeat biopsies and molecular testing? We really need to think about our approaches and find a way to serve more patients who are on these targeted therapies and who [develop] resistance mechanisms.

With the creation of the Indian entity, Mickey Mikitani, co-CEO of Rakuten Medical…

CONIWAS calls for the creation of a National Sanitation Authority