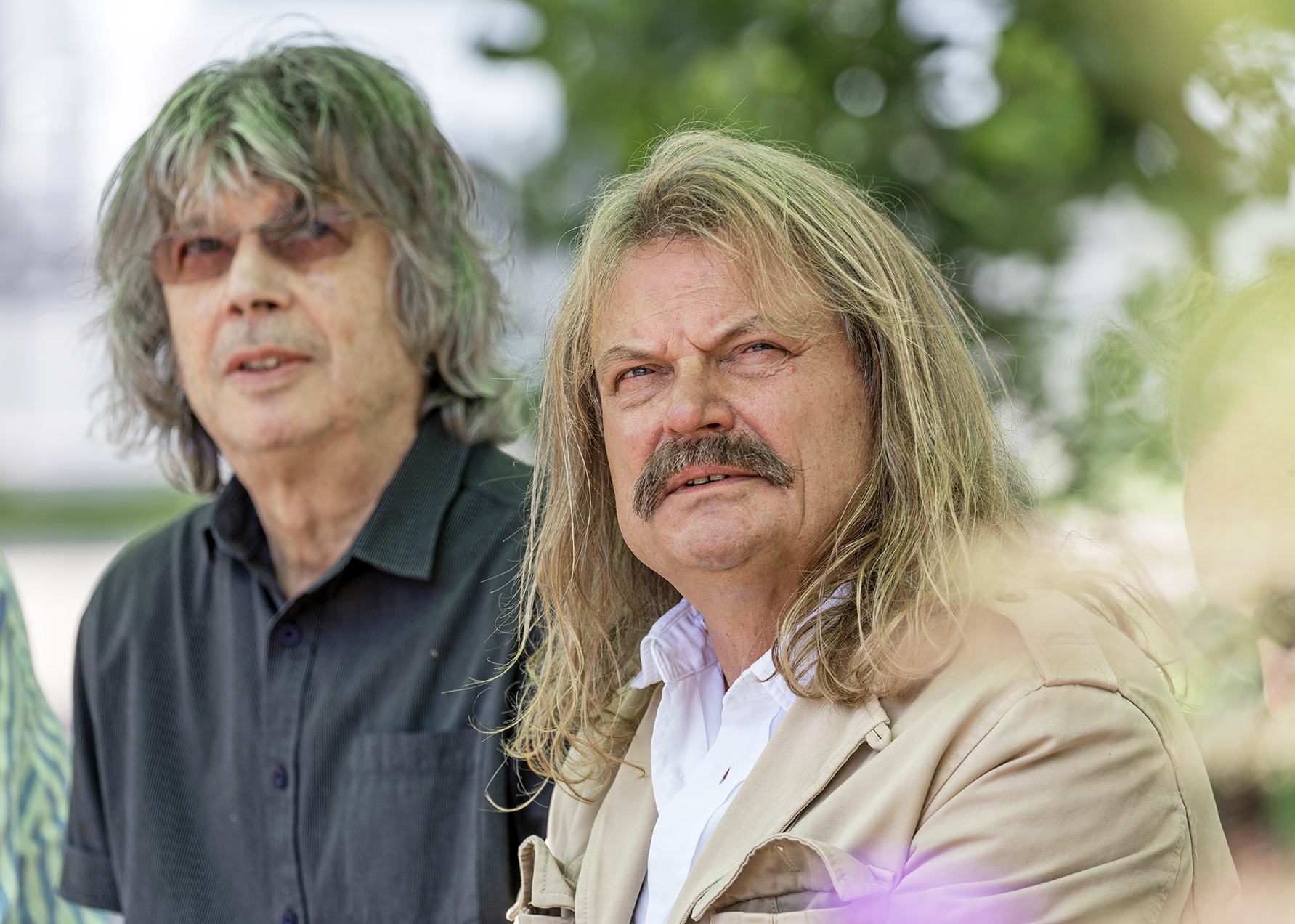 János Bródy: the singer stealing the eye of the establishment

I would never have heard of Hungarian singer-songwriter JÃ¡nos BrÃ³dy if someone hadn’t drawn my attention to the fact that he is celebrating his 75th birthday this year.

BrÃ³dy is a revered artist in this country. As someone told me, â€œAsk any Hungarian, especially over 40, about BrÃ³dy and his career as a conductor and solo artist, as well as his musicals on stage, in particular â€œIstvÃ¡n, a kirÃ¡lyâ€ (Stephen, the king). It’s like asking any British or gray haired American about the Rolling Stones or Crosby, Stills & Nash.

I guess, however, that BrÃ³dy is virtually unknown outside of Hungary. He also only sings and writes in Hungarian which, with the best will in the world, doesn’t help.

BrÃ³dy was born in Budapest in 1946. He joined the group IllÃ©s (Elijah) in 1964 as a singer. Judging by the tracks collected on the 2005 compilation â€œNehÃ©z az Ãºtâ€ (The Road is Difficult), it was pretty good. I don’t know what he’s singing about, but the music ranges from sophisticated psychedelic stuff with skillful playing and sweet harmonies like “SÃ¡rga rÃ³zsa” (Yellow Rose) to the “Little Richard” belt.

In the 1960s, Illes’ music was influenced by bands like the Beatles and the Stones. In 1967, BrÃ³dy wrote his own lyrics. Like Dylan or Lennon and McCartney, he wrote in code. But, where they wrote mainly about drugs and sex, BrÃ³dy secretly criticized the Hungarian communist regime. He never stopped making his music in opposition to the one in power in Hungary.

The ambiguity of BrÃ³dy’s lyrics helped make Illes concerts an outlet for the implicit protest of the band’s fans. But their popularity put them in a musical straitjacket. In the early 1970s, they were experimenting with mixing Hungarian folk and rock and roll, but their fans demanded less difficult stuff.

BrÃ³dy continued to speak. At an event in DiÃ³sgyÅ‘r (186 km northeast of Budapest) in 1973, he said from the scene (and I’m translating roughly, here): â€œWe also want to thank the police. Many of you came yesterday from Miskolc and couldn’t sleep anywhere. For them, the police provided shelter, although it was not as comfortable as the bed at home, and let them out this morning, asking them if they had slept well and wishing them fun for that night. .

The resulting fine and the month-long performance ban caused IllÃ©s to collapse. After closing later in 1973, BrÃ³dy started the FonogrÃ¡f group with some former members of Illes and new blood. I only listened to 1978’s â€œÃštkÃ¶zbenâ€ (On the Way), which is competently played rock and roll with a country-rock influence from the Eagles on some tracks.

BrÃ³dy’s words were more inflammatory than ever, and FonogrÃ¡f was heavily censored by the Communists. The 1973 album â€œJelbeszÃ©dâ€ (Sign Language), produced by FonogrÃ¡f collaborator Zsuzsa Koncz, written by BrÃ³dy, was taken out of stores and destroyed.

Despite this, you can find â€œJelbeszÃ©dâ€ online; it was reissued in 2002, and it’s worth listening to. Koncz has a powerful and pure voice with a tone that I consider particularly Hungarian. Like BrÃ³dy, she is an icon in Hungary.

‘Sign language’ is a particularly clever way of describing what BrÃ³dy has always done: sending coded signals to his audience.

In 1980, he released his first solo album, “Hungarian Blues”. Over time, his writing increasingly expressed his disappointment with life in newly democratic Hungary, with lyrics sung in a seasoned and somewhat world-weary voice over an often nostalgic musical backing.

He continued to record albums and give performances as well as write plays. In true Hungarian style – and again, this is a rough translation of the words on his website – he plays “with a wry smile, offering short, temporary happiness between desperate love and accomplished disappointment. , consoling the unrealized dream “.

BrÃ³dy’s solo albums all went gold or platinum in Hungary. He has also published several books of his lyrics which have sold well. In 2001, the singer-songwriter was diagnosed with cancer and had a kidney removed. Fortunately, he was able to continue to make and perform his art.

After listening to his latest album, â€œGÃ¡z van, babÃ¡m! (There’s Trouble, Baby!), I still struggle to warm up to the music, but I wish I could understand what he’s singing about. This is particularly the case with his recording in 1984 of the song â€œHa en rÃ³zsa volnÃ©kâ€ (If I were a rose), a hymn for Hungarians who came of age in the 1960s.

Along with the new album, BrÃ³dy is releasing another book of his lyrics, “SajÃ¡t hangon” (In my own Voice). While researching this article, I asked a fan who had seen it a few times in the 1980s and 1990s how she felt about it.

She said, â€œI really like his words. He uses simple words in a beautiful way. As a performer he is charming but also humble. My mother loves him too; she was a fan in the 1960s. When we listen to her music together, we are not a daughter and a mother. We feel the same age: we are both young. This is the power of BrÃ³dy’s music.

I asked my friend LÃ¡szlÃ³ KovÃ¡cs, from Hungarian re-release label Moiras Records, for his suggestions on where to start with BrÃ³dy. He recommended:

Moiras is a great starting point if you want to get acquainted with Hungarian folk music. For more information, visit www.moiras.somoskiado.hu.

This article first appeared in the print issue of the Budapest Business Journal on December 3, 2021.

Drug addiction on the rise among students in Visakhapatnam

Establishment and characterization of a novel cell line derived from dedifferentiated…

Establishment candidate in the Colombian elections linked to the mafia