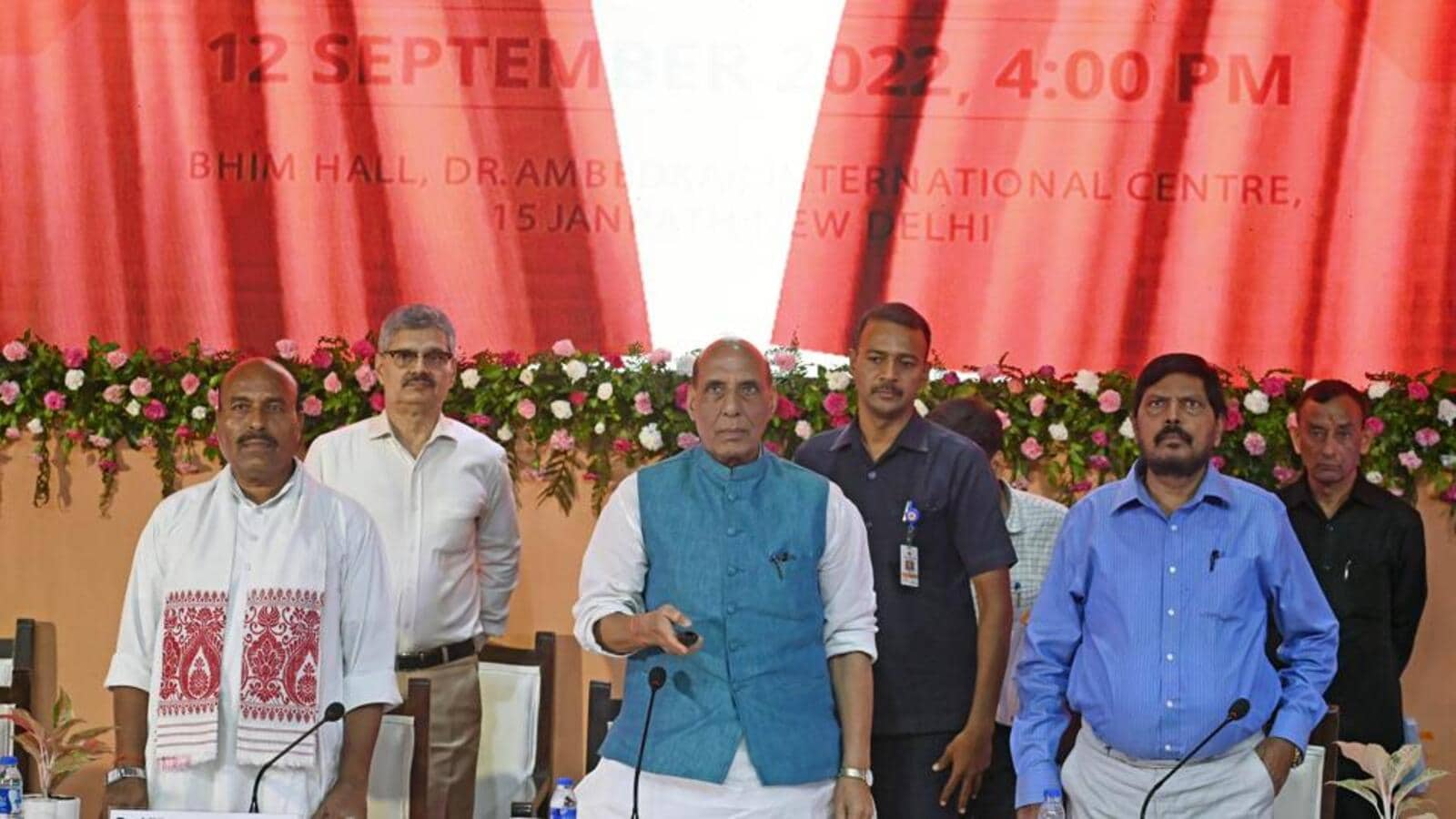 Defense Minister Rajnath Singh on Monday urged the country’s youth to unite and fight drug addiction, calling the threat “one of the stumbling blocks for India to realize its full potential”.

“India is moving towards becoming one of the superpowers of the world. But there are some limitations preventing us from reaching our true potential. Drug addiction is one of those limitations,” he said. Singh interacted with National Cadet Corps (NCC) cadets and youth at an event hosted by the Ministry of Social Justice and Empowerment to raise awareness about substance abuse.

“Although having all the qualities, our country has not yet been able to stand in the line of developed countries, because there are many people, especially young people, who are under the influence of drugs . Youth is the future of the country. They are the cornerstones of the nation. If their present is drunk, their future can be easily guessed. We have to fight drugs like we did for our independence,” Singh said.

He urged the NCC cadets to form a group of 3 or 4 cadets and try to reach out to young drug addicts, educating them about the harmful effects of drug use. He asked them to first learn about the harmful effects of drug use and how to easily approach drug treatment centers set up by the government in various places. “Thanks to this, cadets will be able to help those who wish to free themselves from the clutches of drugs. Our NCC cadets are in a way another avatar of our armed forces. If our forces protect the country from external enemies, then our CCN cadets can protect the country from internal enemies like drugs,” Raksha Mantri said.

Union Social Justice and Empowerment Minister Virendra Kumar has called on the NCC cadets to be the front runners in the drug detox campaign and said it is their responsibility to help the government and society to tackle this serious problem.

“I hope that with the cooperation of all of you, we will make India a drug-free country. This revolution should not be suppressed, it should be given more energy and it should kindle the flame that will fight the vices of drug addiction,” Kumar said.

Successfully subscribed to the newsletter

Thank you for subscribing to our Daily news capsule newsletter.