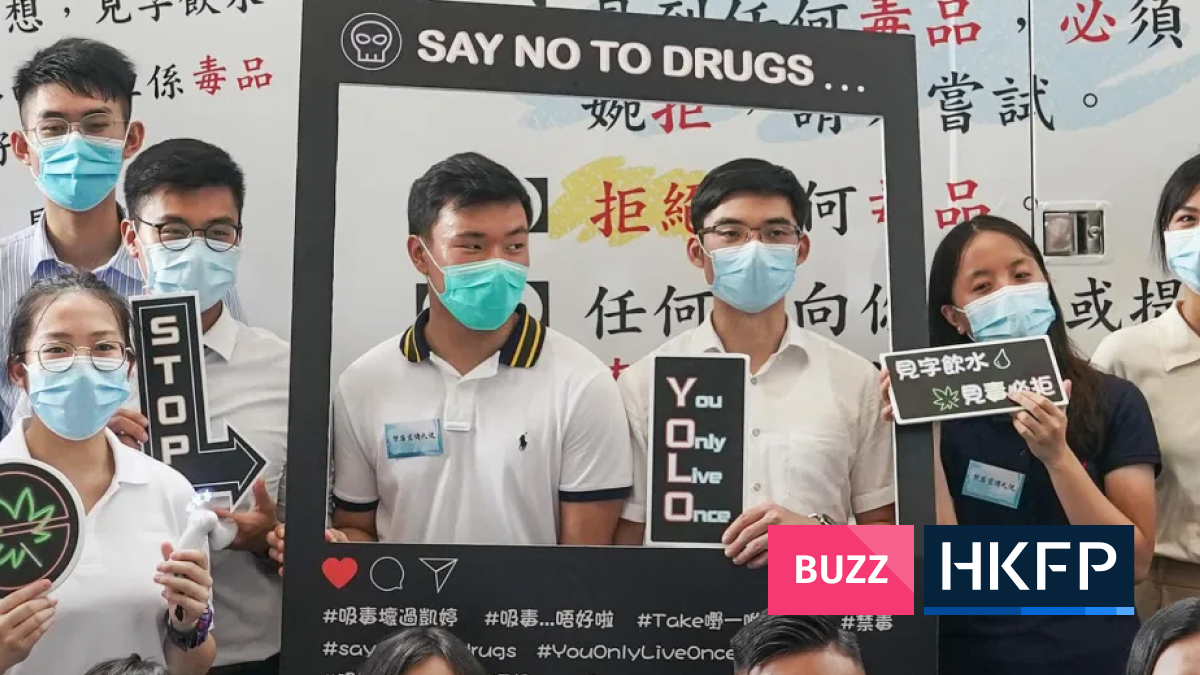 “You Only Live Once” (YOLO) became the latest attempt by Hong Kong police to stop young people from using drugs.

As part of their Anti-Drug Month campaign, the force sent a promotional virtual reality truck to the city so that Hong Kong people could “experience the harmful hallucinations of drug addiction.”

“If you want to experience the smell of ketamine, cannabis, ice or cocaineâ€¦ you should come and visit the truck!” the police website read.

However, netizens were quick to point out the irony of the police message, because according to the Cambridge Dictionary, YOLO “means you have to do nice or exciting things, even if they are stupid or slightly dangerous.”

The phrase, popular among the youngest on social networks, is a call to live fully and seize the day.

“Do they indirectly encourage [people to] get high? â€One netizen commented on LIHKG, a popular online forum in Hong Kong.

“Can’t they fuck it up for once?” Another comment read.

Police also used famous footballer Cristiano Ronaldo in their campaign and said the footballer “was also very angry when he saw drugs” and would like to remind people to reject illegal substances.

The message came after Ronaldo told reporters to drink water and put two bottles of Coca-Cola out of sight during a press conference for Portugal’s Euro 2020 opener.

Police said on Monday they seized more than HK $ 50 million worth of cannabis, ketamine, cocaine, heroin and ice and made 184 arrests in an attempt to tackle illegal drugs before the summer.

Anti-drug campaign should be taken up by the public: President AN Shamseer